Remembrance for Victims of Honour Killing

Yesterday members of the International Family Law team joined with the Angelou Centre staff and survivors of honour violence in paying respect at the first annual day of remembrance for victims of honour killing. 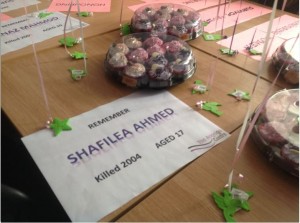 The date was picked as it is the birthday of Shafilea Ahmed, murdered by her parents in 2004. Shafilea’s parents were not brought to justice until 3rd August 2012 when they were convicted after a trial and both given life sentences. 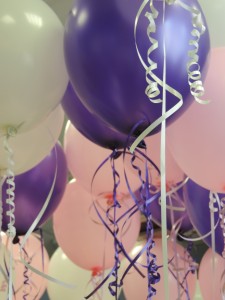 The event was really well attended. Many of those attending are themselves in hiding from threat of honour killing and so were not photographed for safety reasons.

Words of remembrance were said by the survivors honouring each of the victims, before multi-coloured balloons were released, representing their spirits.

After that there was tea and cakes, and lots of sighing and drumming to celebrate their lives.

Honour based violence and honour killing is very much alive and happening in the UK today. If you, or someone you know are at risk, contact our specialist team of lawyers dealing with these issues at crismccurley@benhoarebell.co.uk

Blog by Cris McCurley, Partner and Head of the International Family department.