On Thursday 10th March Cris McCurley attended a special awards ceremony in London. The ceremony was held by the Iranian and Kurdish Women’s Rights Organisation (also known as ‘IKWRO’). The organisation presented awards to people who have contributed to the fight against ‘honour’ based violence.

Cris was honoured to be included in the nominees and was delighted to be named winner of ‘Special Recognition 2016 for Lifetime Commitment to End ‘Honour’ Based Violence’.

A Partner and Solicitor at Ben Hoare Bell LLP, Cris specialises in working with BME women facing ‘honour’ based violence, forced marriage, FGM and human trafficking. She is heavily involved in campaigning against Legal Aid cuts and has delivered evidence at the United Nations about the impact of the cuts on her client group. Cris also developed and delivers a national ‘honour’ based violence accreditation scheme through Resolution. She is passionate and committed to ending this form of violence and works tirelessly to do so.

We are all very proud of Cris at Ben Hoare Bell and it is great to see her work being recognised by a specialist and national organisation. 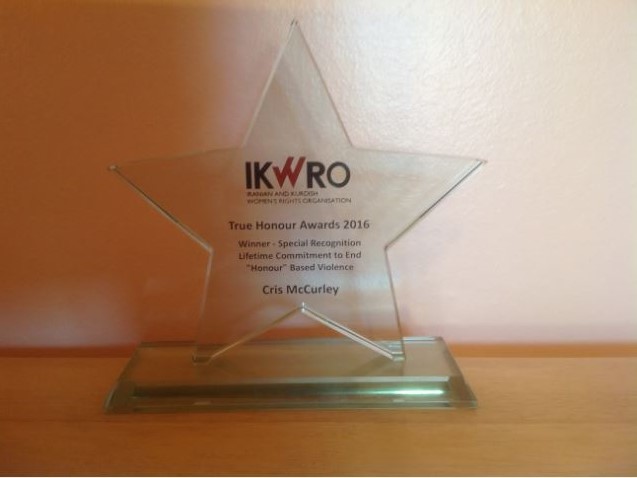